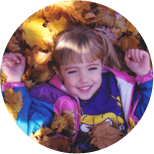 Alexis “Alex” Lynn Summers, daughter of Brian and Tammy Summers was born on July 25, 1994. On the night of November 1st, 2011, minutes after leaving her boyfriend's house, 17 year old Alex Summers died in an automobile accident and went home to be with the Lord.

Alex accepted Jesus as her Lord and Savior at the age of nine and served Christ daily as was evident by almost 80 testimonies at her funeral service that described her love for friends, classmates and acquaintances.

Her friends described her as an "all-American girl that everyone wanted to be" and someone that "radiated inner and outer beauty." She was a well-known, well-liked senior cheerleader at Knoch High School. Alex was happy and her laugh was contagious. She was gentle, loving, non-judgmental, compassionate, and accepted everyone no matter what their background. Alex was most known for her radiant smile. 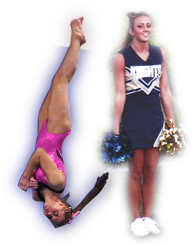 Alex enjoyed taking pictures of sunsets and the ocean and capturing the moment. She spent many hours looking at photos and videos of the people she dearly loved.

She was a competitive gymnast for 10 years at Butler Gymnastics Club and finished her career as a level 9 gymnast. Her favorite and strongest event was the floor exercise. 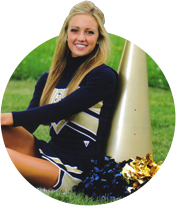 She also enjoyed cheerleading for five years at Knoch Junior and Senior High School. One of her greatest desires was to cheer for her Knoch Knight Football team at Heinz Field. On November 26th, 2011, her boyfriend Andrew and the Knights gave Alex her last wish...a game at Heinz Field.

Knoch lost their final game to Montour, but brought back pride to a grief stricken community and formed a bond between teammates/brothers that will never be broken. In the days, weeks and months that followed her death, an entire community was brought together to remember the life of a beautiful and genuinely kind young woman who was called for a higher purpose. Alex continues to teach all that know of her story how to speak kindly, love deeply and live life for Jesus, because tomorrow is never guaranteed.

“I can do all things through Christ who strengthens me”.